Nothing can prepare you for the bus ride we were just about to take. Getting lost on a highway. Illegal border crossing. Crashing into an airport bus bay. Police escort in Vienna. All this with a scheduled, international coach service.

On the outside of it, all Budapest-to-Vienna coach services look the same. I therefore chose the one that fit my schedule the best and bought a one-way ticket with Orangeways. Then I went to the station, had a coffee and got ready for the 3-hour trip.

The plus side: we reached our destination, it didn’t take much more than 2 hours extra, and I probably learned to yell directions in Romanian.

Let’s start from the beginning.

It’s a Thursday morning, and I’m waiting for the scheduled 9am Budapest-Vienna service to arrive. Clearly, it won’t be on time, no coach service in Europe has ever been on time, but this one now is in serious trouble.

They are late, it turns out, because our bus is still on the road somewhere far away, and the chances that it would arrive on time equals to it and all its passengers evaporate in the Summer sun. Orangeways, luckily, has a plan B: another bus and another driver.

The replacement service arrives, the driver has a look on his face which makes it obvious for the most untrained mind-reader that he didn’t exactly sign up for this trip. The bus and the driver look like they’ve been stolen from a Kusturica movie.

A small, loud guy with a hoarse voice, a scar face and the moves of a featherweight box champion. And he arrived with this bus. 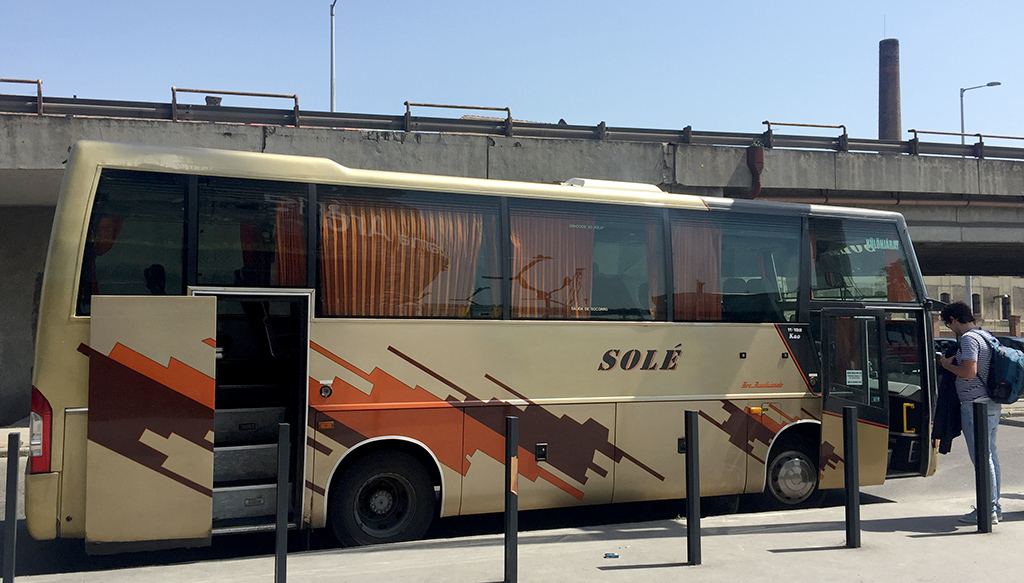 Neither the bus nor the driver has ever been to the western part of Hungary, let alone Austria, but that’s exactly what the GPS is for. The GPS takes 15 minutes for the driver to switch on, and since he can’t find Vienna airport in the point-of-interests list, he decides to put the border town as destination and so we get started. We are only 15 minutes late.

Close to the Austria-Hungary border then, although there are no scheduled stops until the airport, the driver calls for a 10 minutes break. 10 becomes 25, in the end of which he desperately wants to find someone who speaks Hungarian and has been to Vienna before.

Now, at this point, I’m writing code in the back of the bus and have absolutely no intention in helping out. I’m quite sure that we will reach Vienna in one way or the other, and have plenty better to do than navigating a clueless driver for the rest of the trip, on a scheduled coach which I paid $19 for.

Which is all cool, because by the time I thought this through, a Hungarian-speaking Romanian guy already took the navigator seat. Suddenly time became the most pressing issue, so the driver tried to convince the three people who’ve bought their ticket to Vienna airport to get off in Vienna city instead.

It may have worked much better if he did speak languages, because now he is only yelling “Airporto? Fluggafen!” on increasing volume levels. At this point, one of the Flughafen guys removes his bag from the overhead lockers, leaves the bus and starts to run towards the motorway.

I’m one-hundred-percent sure that this is a movie.

We are still in Hungary, but there will be a point in the not-too-distant future when we will cross the border. Normally it’s not an issue, because it’s as simple as following the motorway.

The driver is nervous though, which, in my head, immediately means that, one, he has no idea that Hungary and Austria are both part of the Schengen area, and two, he surely, definitely, must have stolen the bus.

On the border the former customs buildings still exist, and that’s the place where you can buy vignettes for the motorway. I’ve never seen an operating coach service do this, so it’s definitely a first, and it’s also a first trying to enter a car’s lane with a massive vehicle. We took a couple of wrong turns, got super-lost among the parking 18-wheelers and tried to pass through an operating police station.

Good news is that Austrian police are actually pretty cool, and instead of yelling the driver’s guts out, they simply point him to the right direction. We are on our way now to Vienna airport.

After the border crossing experience we are not an international coach line but a school bus. Random strangers are chatting loud with each other, some are singing, and when the driver seems to be contemplating the wrong exit, everyone keeps yelling directions in any language.

Everyone, except the two guys in the front, who have a plane to catch. They jump up to grab their bags when we reach the departures building. The driver is happy too, so happy that he doesn’t notice the bus bay’s overhead signs and crashes into them.

Now it’s only until Vienna city, we have the address, the address is in the GPS, where can it go possibly wrong?

Let’s just say that Vienna is a big city with many roads, high traffic and such exotic transport vehicles like, say, the tram. Quite confusing for a first timer, small wonder that we had the chance to meet the Austrian police once again. 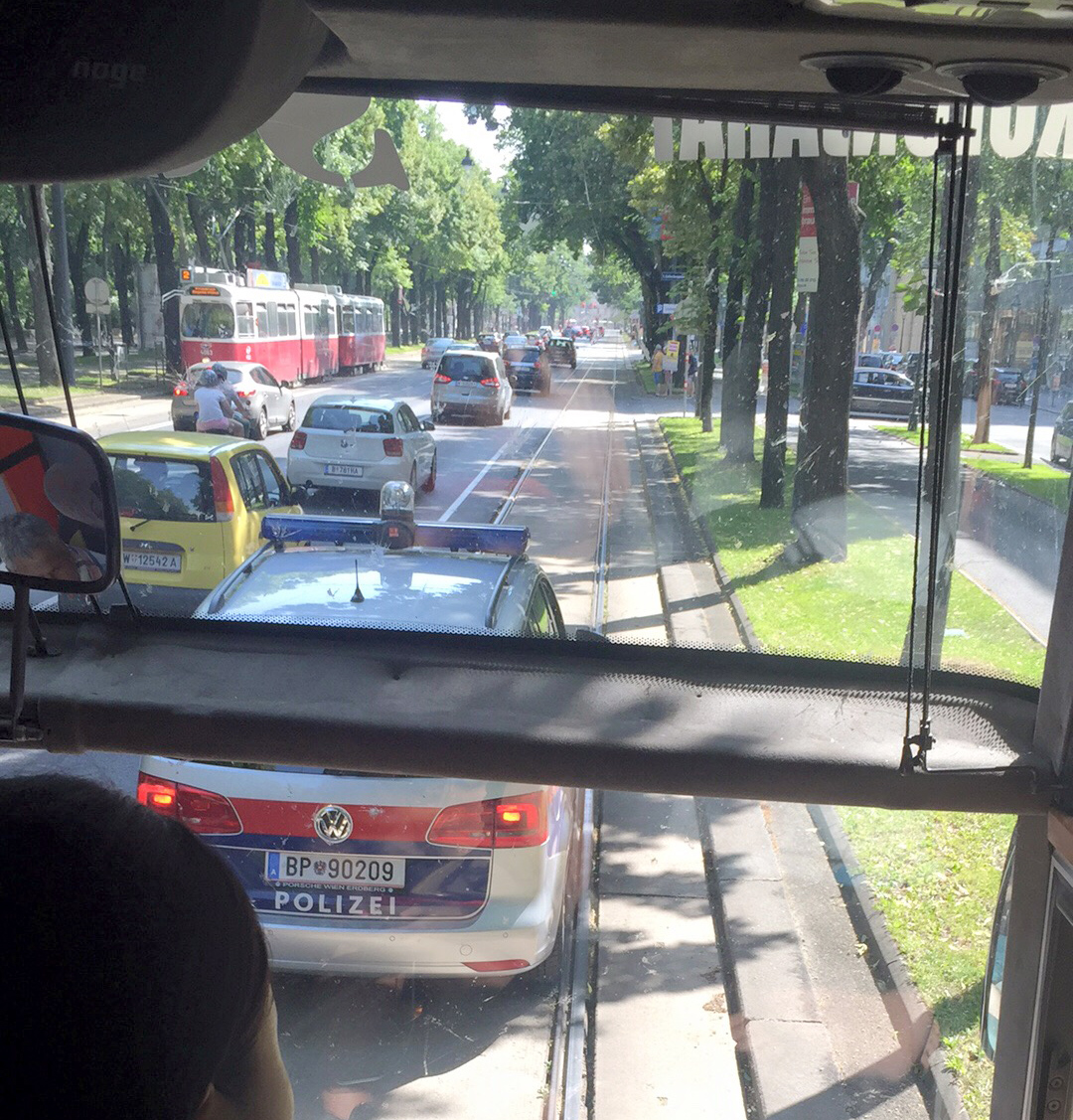 Sometimes, the Internet is right.