There was just one thing left for me to do on this tech meetup: I wanted to talk to the guys who made an open-source 3D printer that can be assembled at home by normal people, for buttons.

Tech meetups are events where geeks go to demo their products and inventions. These evenings offer an opportunity to discover new ideas and, right away, ask questions from the people who invented them or know the most about related technologies.

The 3D printer guys were nowhere to be found after the demo, but their table was open and full of 3D-printed objects. Those all looked cool, and I was wondering what kind of garbage I would manage to make if I had a 3D printer at home. Alex, the guy next to me was thinking the same, though he apparently knew his way around the technology.

He explained about accuracy levels and said that you don’t need to use this rigid plastic, you can print with all sorts of materials: you could create rubber-like stuff too. Wink. This was the first time I’ve ever talked to Alex, and I knew we will be friends.

Meetups are also a good way to mingle with the local startup community. We are in Berlin now, which is one of those large international cities where seemingly no one was actually born, but plenty people flocked to from all around the world. Every conversation starts with a good five minutes of the prison-talk: why are you here, how long are you staying, what do you normally do?

On startup events you constantly bump into those Zuckerberg-wannabes who either left their job to work on a side project, or are prepared to do so in the near future. Their most important task for the night is to approach every investor-looking person with a 3-minute elevator pitch, and try to say something that triggers their “I want to invest in this company with no delay” instinct.

This startup event was no different. I was rather suspicious when, to answer the “what do you normally do” question, Alex took out his phone and opened the Photos app.

He then proceeded to show a bunch of pictures, high-quality 3D renders of his furniture line. “Cool designs though.”, I thought then. 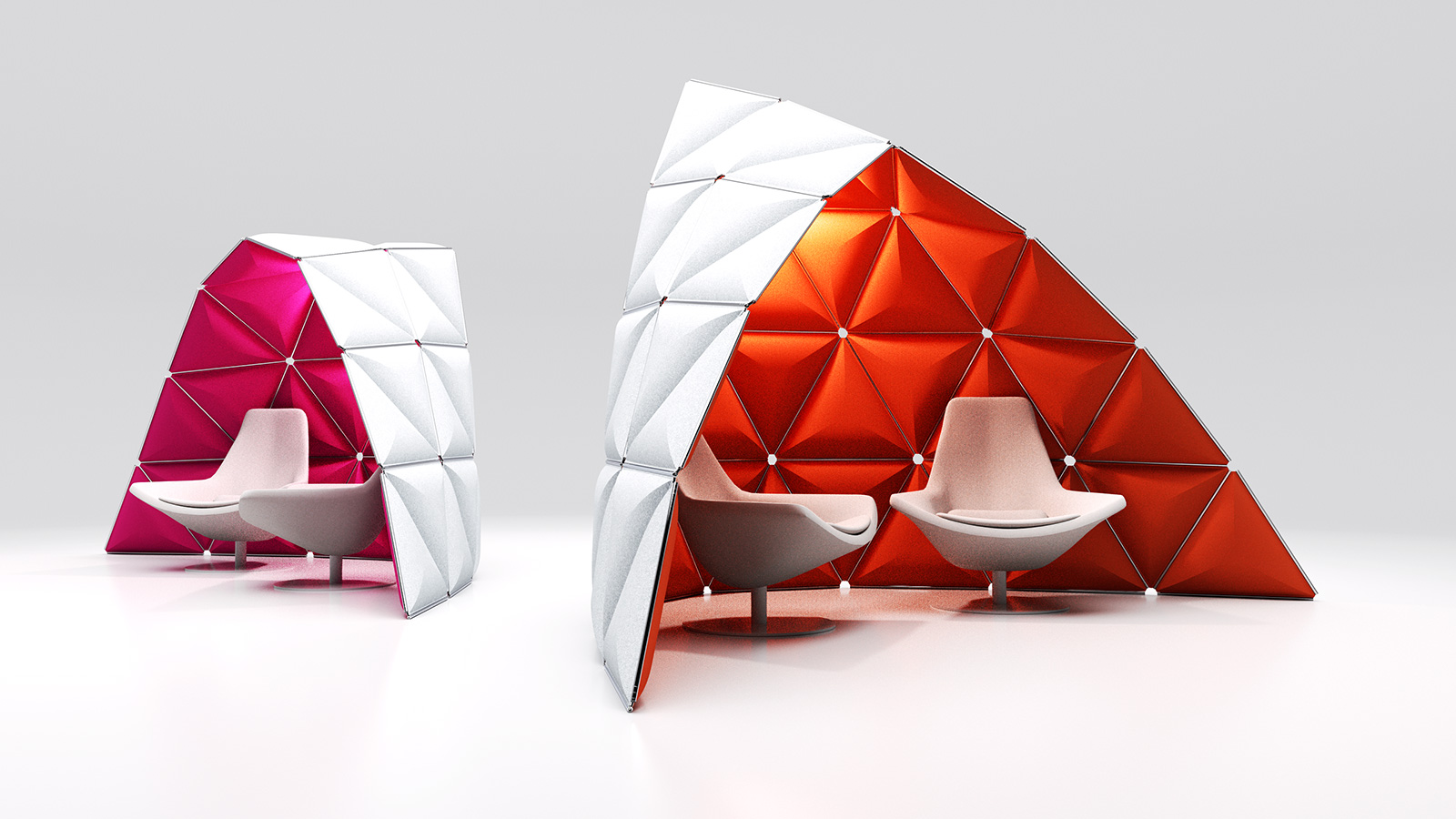 “I designed this Kivo system,” Alex started to explain, “where you can create any sort of environment out of triangles. If you want a silent room to make phone calls, make a booth. Or, create separators between different areas in the office. A meeting room. Individual work stations. A tent.”

I wanted to say something smart, so I went on: “triangle was my sign in kindergarten”. Luckily, Alex didn’t take my clever remark as smugness.

“That’s exactly where the inspiration comes from! When I was a child, I’ve been using a towel, carpet and other daily necessities to build special spaces for myself. Now, I wanted to create something that looks nice but is also very useful. We made these triangular modules durable but very lightweight, and chose the materials so that they are environmentally friendly.” 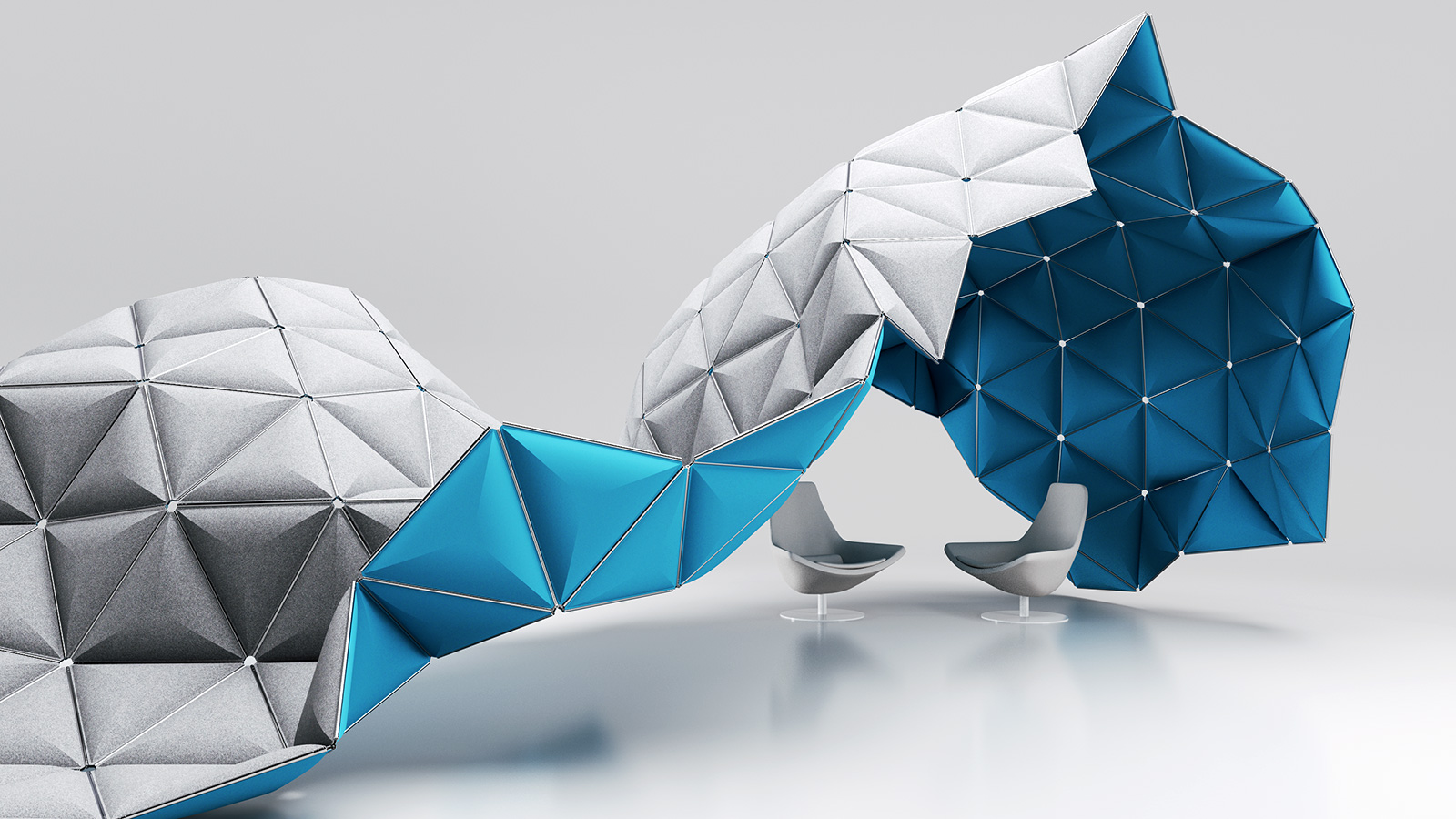 At this point I’ve only seen the designs, and I’m just about to learn how successful of a business this is: Kivo is part of the global Herman Miller brand now, used in offices all over the world, from London to Hong Kong.

[My interview with Alex continues on Yakuzuzu.]