During the last two weeks I was on a sailing course to become a licensed skipper. On the training ships, we changed the roles from time to time: everyone was on command for a while, as well as did some sunbathing on the prow – so that we could observe some leader archetypes at work. 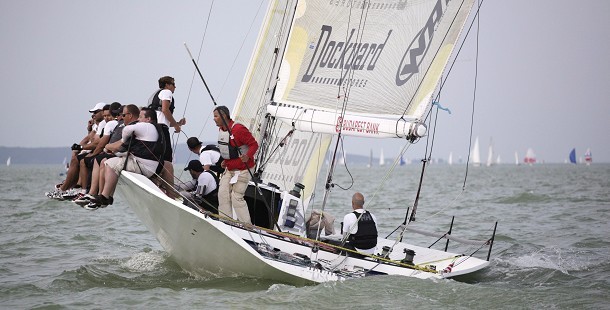 Directing 2-4 people for a common goal is something I do a lot – and so did the others I was with: on our boat everyone had a company or office, but at least some projects to run. Our approach to leadership could be described by the way we were captaining the ship.

The nervous one wanted to have control over every task alone, and ended up micromanaging the team. The tasks were too many to pay attention to all of them though, and the boat did sudden moves – which, on stormy waters could lead to emergencies, and in breeze, slows the boat down to zero. Not to mention that the mood on the deck is not the best when someone is yelling all the time.

The silent one doesn’t say anything, just controls the ship and waits for everyone to follow the lead and do the job alone. The only problem is that on a sailing boat you have to set up everything according to the wind – and if the ship changes directions, your wind will come from somewhere else, too. Giving enough time for the crew to get ready for those events is key to keep the boat going.

The know it better guy, well, knew everything a bit better – and ignored even the instructor’s advices. Not listening to your crew might make you seem to be confident, but there are some objects or things you simply can’t see from where you are standing. Ignoring ideas and point of views leaves you with some missing opportunities, or perhaps puts your ship into unnecessary danger.

The dodderer was unsure what to do until the point when something really had to happen. Then he tried to do all tasks in a second – and ended up to be the nervous one: yelling, acting in haste and eventually missing the route, slowing down the ship and putting the crew in danger with ropes and rigs going every direction.

The undecided was even unsure if he’s in command. If you don’t know where you are leading your team, you probably are not leading them anywhere.

Which one of these was me? In the beginning of the course I was all of them – and hopefully, with time, I’ll end up being none. I learned a lot about running a ship (and a business!), and will try to keep a few principles on a ship and in my teams as well.

First, have and communicate a clear vision: if everyone knows exactly what the common goals are, they can think together and not only follow the orders been told. That way everyone has time to get ready for all moves, and eventually, the ship “controls itself”: it’s smoother, faster, and takes considerably less effort to drive.

Second, listen to the team members. From different point of views you see a whole different slice of the world – the clearer you see the picture, the more accurate decisions you can make.

Third, adapt. Sometimes if you want to go straight, you have to turn a few times before to get to your point faster. In a company, being unable to change will eventually put you out of business.