The Charite University Hospital in Berlin recently released a video that documents the first birth in an MRI machine. (And it turned out that New Scientists has a video about how the baby got there!) 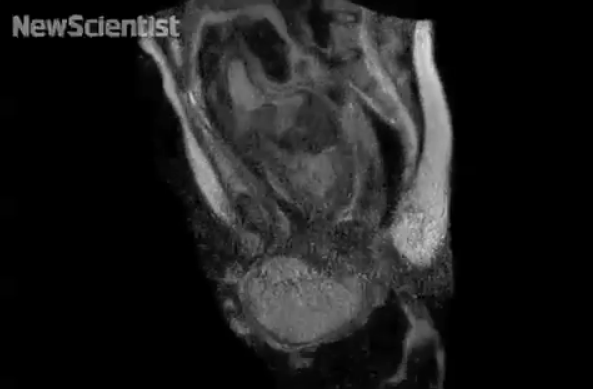 For the video, go to NewScientist’s webpage.

The video captures the active second stage of labour as the mother expels the fetus. The technique, called cinematic MRI, takes repeated images of the same slice of the body before joining them up to create an ultra-detailed video. It was recently turned on unborn twins for the first time to study a common complication where one fetus receives more of the blood supply and becomes much larger than the other.

By the way, there MRI video about the conception: Human sex from the inside out.