Since the winter is over and the warm weather started to kick in, Berlin is on the way to become an amazing place to live. It’s a great turn of events.

A few months ago when I moved here, my first experiences in the city were nothing what I had in mind before. I was walking in the -15 Celsius cold, among the soviet buildings of Karl Marx Allee on the completely empty and dark street, looking for a room to rent, and could not figure out how I could think that this city is a friendly, open and civilized place – or even, a place to live at.

But who is the stupid, moving to a north European city in January. 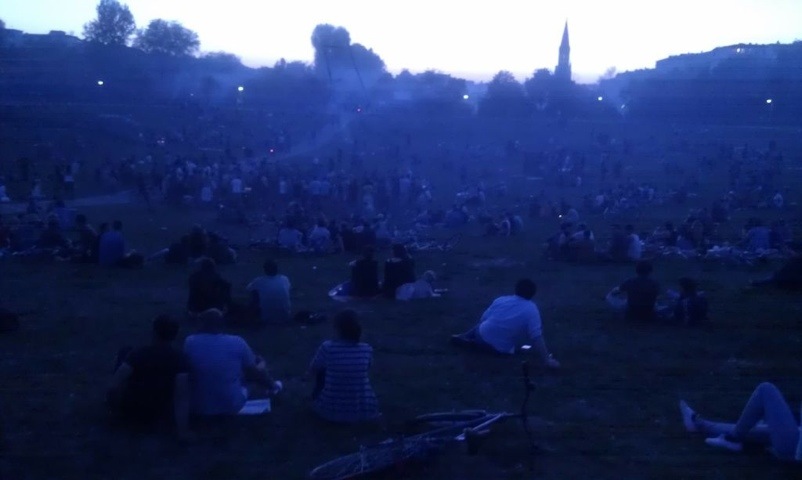 Since the end of February the days got longer, cycling started to actually feel good, and the discovery became better with every day. For the last few days the sun is out and there are no serious looking rainclouds on the sky – that, in Berlin, means: party.

Smoke is above all public parks, people are out with barbecues, and random open air gigs are being held: some bring dj sets and play fairly loud music, while everyone around starts to dance. Probably the world’s coolest but cheapest party: no entry fee, the beer is about one euro from the nearby spätis. A perfect match for the ‘arm aber sexy’ (poor but sexy) berliner.